Growing Hope in the 'Hood' of the Whitelands 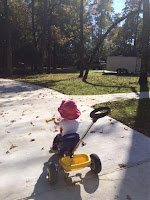 “Of all the preposterous assumptions of humanity over humanity, nothing exceeds most of the criticisms made on the habits of the poor by the well-housed, well- warmed, and well-fed.”  Herman Melville

A young black man in the brightest red suit I’ve ever seen, blue tie, blindingly white Nike sneakers came walking up the driveway yesterday while I was digging a hole for my Rosemary plant and I thought…finally.

Something interesting is happening in this place.  “Hello, there!”

“Hi.”  I say, warily.  Even if you DO look like the most interesting thing to happen this year you are probably selling something I don’t need.

Turns out he was an ex-con trying to stay out of trouble by selling books and magazines door to door with an outfit called Team United from Gary Indiana.

He was good.  Funny, engaging, self depreciating.  He said he helped to mentor young ‘knuckleheads’ from his neighborhood to help them stay out of trouble.

It sounded like he worked for a charity or a Boys and Girls type of organization.  I could gift the books to an inner city school that needed it.  I looked up the organization online after - it looks barely legit and certainly wasn’t a charity but the guy was working hard.  It was hot that day.

And any black man with the guts to go door to door in THIS lily-white two-gun a household Texan neighborhood and ask for money deserves a second look.

I think it’s good to sow seeds of trust, of generosity in a wide net.  Some might fall on a hard heart but some may find a place to grow hope.

While we were talking I broached the subject of race.  We talked about what it was like for him growing up in a rough neighborhood.  He said he used to be part of a gang and that he was arrested selling marijuana.

Three years for holding a few grams.  His son was four at the time, he’s eight now.  Ridiculous.  He did admit later he had the intent to sell (which would up the time served) but still.

No one should spend time in jail for marijuana I don’t care how much you have on you.

This guy lost three years of his life.  Unlike most young black men entering prisons for minor drug offenses he DID get his GED, he DID learn to read better and he DID have a mentor who helped him navigate the legal system so he can have a future.  He had help finding a real job, sucky as it may be, until he can get a better one.

Getting arrested for holding weed is like being arrested and having a permanent record for selling WINE.  If we all had some weed instead of alcohol there would be less domestic violence, (no one gets high on weed and gets violent) less vehicular accidents, less liver disease, less cancer period, no overdoses and Cheetos would be rich enough to sponsor the next world Olympics.  Isn’t that a better world?

It’s only our cultural bias against it that makes it illegal.  Remember prohibition anyone?  That didn’t work out so well either.


Mom - I agree no one should be drinking too much alcohol OR using marijuana.  It’s bad for you.  It impairs your judgement and for some people leads to a lifetime of addiction and unfulfilled potential.  For people under 21 it can permanently affect your brain chemistry.

But I digress.  I don’t know for sure, I am the whitest person on the planet…(I just made Hummus from scratch and dropped $20 at Starbucks for organic coffee grounds.)

BUT I think getting out of a gang infested neighborhood with a drop-out rate of 60% and a literacy rate of 10% would feel almost impossible.  When the value is how tough you are, and not how smart you are.  Where your brothers and sisters, literally, are being killed or arrested instead of graduating and achieving.

Where would you look for hope?  How do you find the courage to look for someone to teach you how to read well, and how to present yourself in a job interview?

It’s ridiculous that someone like Robert (my friend in the bright red suit) spent three years in jail for holding a few grams of something that is way less harmful for you than whisky or rum.  He has 12 more months and then he can apply to have his record expunged.  Which means he can vote.  And actually get a job.

He’s doing his time, he’s working hard at a job no sane person would want to do.  He is risking bodily harm going door to door in these neighborhoods by himself.

McDonalds won’t hire you if you have a record.  That’s undue punishment for millions of young people.

I’ll leave you with a quote, and the reason I wrote this blog today:

“Our lives begin to end the day we become silent about things that matter.”  Martin Luther King Jr.

Just one last note - I had a blond haired blue eyed mom at Ellie's gymnastics class Thursday tell me she's so glad there's another girl in the class.  I looked around - FOUR other little girls but you know what?  Their mom's weren't white.  I was offended.  And when I got home and Bill said 'Did she look at Ellie's eyes?  She's not white either'.  Then I got angry and sad.  Right down to my marrow.  People shouldn't judge other people because of the color of their skin, or the slant of their eyes.  Enough.

Black lives DO matter.  And there IS suffering.  There IS injustice.  I don’t know what I can do to help but at least I can start a discussion about it.  Even if I am the only one in all of the Woodlands (the Whitelands) to be chirping about it. 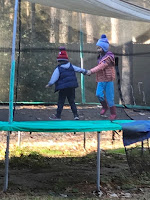